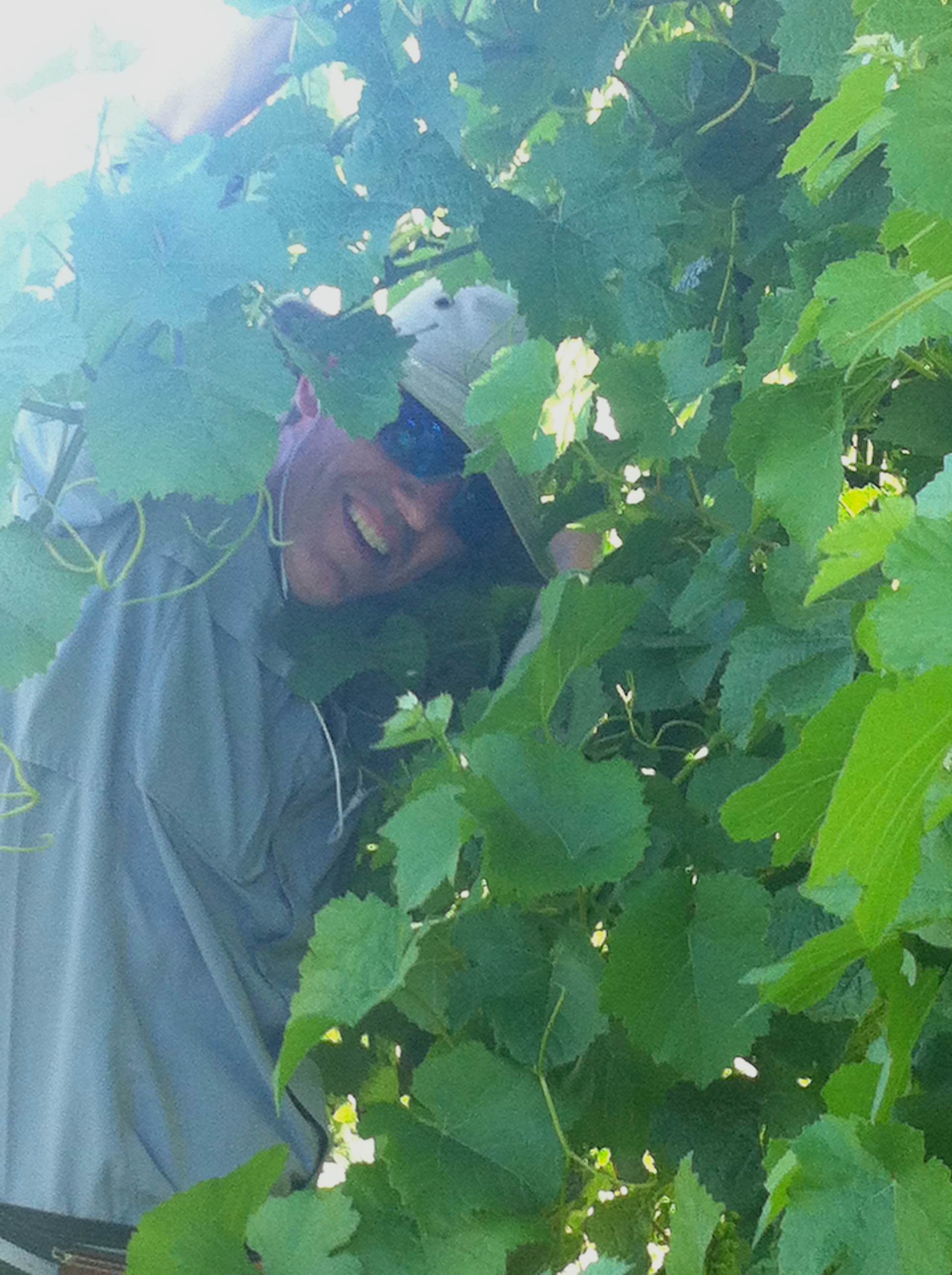 I have decided to write a series on exactly what we peasants are doing here on the vineyard - partly as a record for future reference (can't rely on the memory these days ) - and for your entertainment as well!

Seeing as we have now been here 3 months, I might have to write some retrospectively - but that's OK.  After all it is my blog so I can write what I like :)

Today we are giving the Gully block it's final nip and tuck - ooops I mean clip and tuck (this job is far more physical than plastic surgery!)  before the man with the trimmer comes.

Tucking away any canes which are sticking out sideways is important ('away' between the wires or 'away' behing some other canes - anything to keep them within the canopy) so that they don't get whacked off by the trimmer. The fruit-bearing canes need to have enough length and leaves to be able to ripen the fruit and other canes are necessary for next years vine structure, so we don't want to lose them by mistake.

Before clipping the top wires together to hold the vines in place, we have to try to make the canes stand erect instead of reclining along the top wires or drooping half way to the ground again. The vines don't need 4 metre long canes, so trimming them off at the top will allow more energy to go into the grapes.

It can be quite a physical job if the healthy and happy vines have been growing exuberantly - sometimes it feels like wrestling with an octopus, or trying to get Medusa to sit still for a haircut!  The top wires are usually higher than our heads, so we are wrestling up high, which as we all know is very good for core body strength :) It is also exhausting! The tall wall of vines might be a challenge to manage but it does give very welcome shade in which to work, which is a great relief on a hot day. 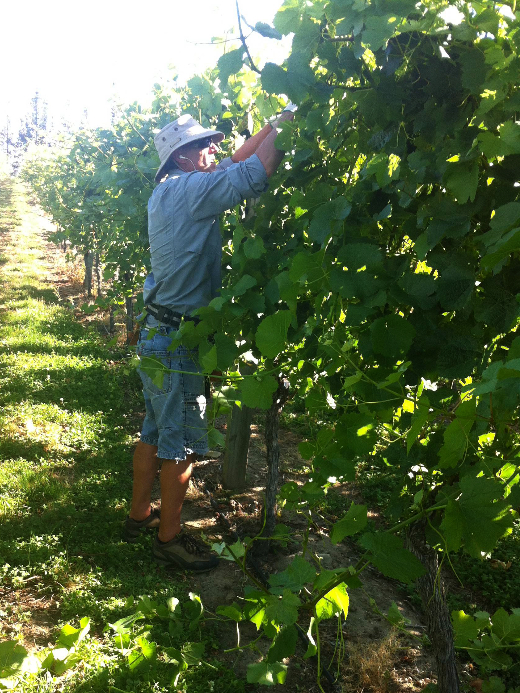 Sometimes where the vines have been affected by frost or wind damage, the "canopy" is only chest high.  It makes the clipping a lot easier but doesn't give any shade from the blazing sun - and today it was certainly blazing; no clouds at all, and 36ºC in the shade.

One of the most satisfying aspects of the clipping and tucking process is the clear difference between the wild and hairy rows BEFORE you clip and tuck, and the neat and tidy rows AFTER. 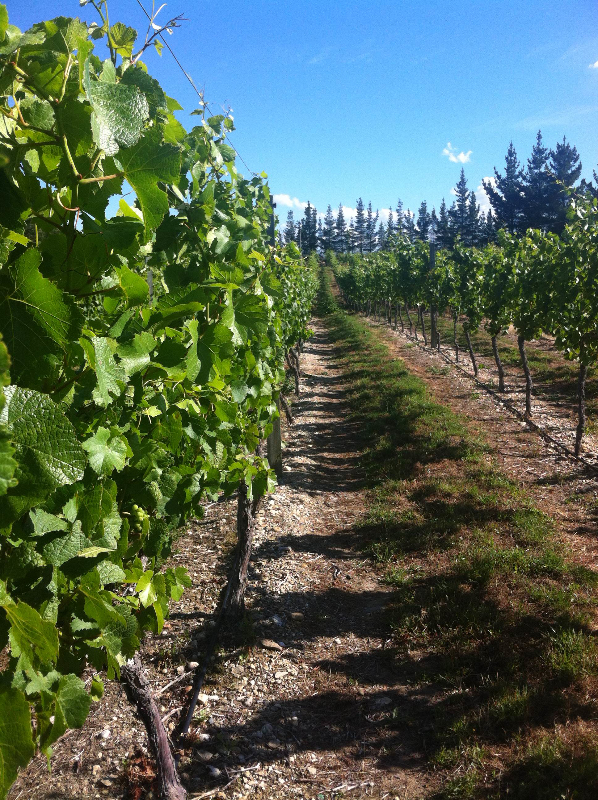 Now our vines are ready to have their tops cut off about 30 cm above the top wire, and their sides trimmed too. The trimming has to be done before the nets go on.....which happens as soon as the grapes start to get a bit of colour.

Watch out for next weeks thrilling installment of Grey Ridge Peasant Past-times...